Wynne forged a new coalition of the willing — and the fearing — to rally the province’s progressive and centrist voters against the spectre of a Tory restoration.

Voters — those who even followed the issue — probably concluded that all parties screw things up, and were more interested in bigger issues of the future, not big scandals of the past.

Instead of a referendum on the Liberal record, it turned on Tory recklessness.

There was Wynne winning votes partly with the sheer force of her obvious decency, warmth and humour.

There was a time when a divorced woman who had fallen in love with another woman would have been shut out of public life. Welcome, Premier Wynne. Candidates with Chinese surnames won big, people with South Asian surnames, with South Asian-Chinese surnames, people with dark skin, young and old, all kinds of people. Ontario is a good place for ambitious people from a wider world.

Tim Hudak was a man who had never held a job outside politics beyond a brief interlude in his 20s at Walmart, who had never had to compose a job application letter, who couldn’t imagine what an ordeal that would be with a mortgage payment looming like an incipient bruise. That pasted-on smile, that gleam of vengeance. Voters could sense that.

Wynne was the key. There is no qualifying that. Even partisan opponents must acknowledge that her performance since she became leader was very impressive.

Hudak, however fine he is in private life, in politics was like a horse in a library.

How could a government saddled with such an astonishing list of mistakes and misdeeds avoid being annihilated by a disgusted public, much less handed a bigger and better mandate?

In essence, Premier Kathleen Wynne’s campaign consisted of a single promise: no matter how bad things get, voters won’t have to pay for it.

The way she won back office, by rallying the centre-left (and a whole lot of unions) behind her in opposition to Tim Hudak’s Progressive Conservatives, has set up expectations she is going to have a hard time meeting as she returns to the cold realities of a government deep in deficit.

It is possible, although she has resisted it so far, that she will push back the balanced-budget target slightly. But she does not appear inclined to challenge the notion that it needs to be achieved, and neither is she likely to try to get it done primarily by raising taxes.

Voters aren’t that nuanced. They voted for the gang they thought would screw things up the least. The ballot question wasn’t about policies. It was about safe hands. Kathleen Wynne persuaded them that despite the ball-and-chain of the Liberal legacy, her hands were a whole lot safer than Tim Hudak’s.

There are two unpleasant truths about Ontario’s economy that nobody mentioned during the election. First, politicians do not have a magical ability to create jobs, and most of the factors that have created hard times in Ontario (such as the decline of manufacturing) are mostly out of their control. Second, economic growth won’t bail us out. Low growth is the new normal.

Ms. Wynne’s success owed more than a little to the strategic errors of her opponents. Tim Hudak staked his ground well to the right, and so ended up conceding a huge swathe of middle ground. A more genial, less ideological Progressive Conservative approach could have done better, given the often-expressed desire for change.

How’d she do it? Two words: authenticity; believability.

Wynne proved to be the real change candidate. She talked about building up Ontario. The others talked up scandal and corruption.

The fact Wynne was able to convince voters government can be a force for good is the real win.

She somehow, through her energy and connection with voters, and with some help from her opponents, convinced them she was the best option for change on offer.

The problems with the province’s finances are not imaginary ones dreamed up by Tim Hudak, they’ll need to be dealt with. Voters decided that Wynne’s plan to deal with them by stimulating the economy and tweaking in the years ahead made more sense than Hudak’s slash-happy approach.

Kathleen Wynne’s victory is historic, it is almost all hers, and its meaning is a little opaque, because there is a tension between her platform and her record that will be resolved only by her actions.

Hard public sector wage freezes and a new program-review exercise won’t feel much like building up. If she abandons them for more spending, she simply postpones harder choices. She has proven herself a redoubtable politician; now she had better be a very good Premier, because she’s put herself in a fix to get the mandate she just won.

Every single time Tim Hudak vowed to vaporize 100,000 public sector jobs with his voodoo economics, he lost thousands of votes.
Instead of feeling shock and awe, Ontario was shocked and appalled.

After threatening to trigger an election for months, and then getting her wish, NDP Leader Andrea Horwath was caught flat-footed.

There isn’t any point in sugar-coating it. This election was very much a referendum on fiscal conservatism, and the fiscal conservatives lost. Yes, the Conservative campaign was a mess, and yes, the Liberal leader, Kathleen Wynne, proved an effective fear-monger. But the central issue in this campaign, unambiguously, was fiscal policy.

The public were presented with a clear choice: cut spending or increase it, cut taxes or raise them, borrow less or borrow more, and in every case chose the latter — by a margin of more than two to one, adding the Liberal and NDP vote together.

Deficit-cutting isn’t really the top priority for most voters except when they think it’s needed to avoid calamity. They’re skeptical of claims it creates jobs. And Mr. Hudak’s pledge to cut the public service sounded like turmoil to them.

Her strategists targeted what they called the “activist centre” – not protesters, but ordinary folks who believe government can do some good, as opposed to those who argue it’s wasteful and the best cure is to get it out of people’s way.

Kathleen Wynne must be pinching herself at the good luck she found in Mr. Hudak and Ms. Horwath. We will never know, of course, but a moderate, sensible, trustworthy Conservative leader might have wiped the floor with the Liberals.

We can only hope that the Ontario budget of 2015 will reprise that federal Liberal effort of 1995.

The moderate conservatism of the Canadian experience is not about anger, narrow ideology or undue reverence for U.S. winner-take-all economics. Nor does it worship at the “all government is bad” altar of those who, remarkably, also seem to want the state in your bedrooms, in your laptop‎ or controlling women’s bodies.

Mr. Hudak was not unlucky. He was the sole author of his own misfortune. He and his team headed off to Washington, met some of the most extreme Republican politicians and “thinkers,” and returned promising Ontario a full-blown Tea Party platform. It was a corporate fantasy come true and was soon blown out of the water.

Kathleen Wynne won a huge, impressive, astounding victory. But she didn’t win so much as Tim Hudak lost.

There’s no way to frame Thursday night’s result, or the campaign that preceded it, as anything but an embarrassment for Tim Hudak’s team.

Hudak’s fatal misreading of the electorate was obvious from Day 1 of the campaign: he chose to pander to his base when he should have been convincing everyone else he wasn’t the second coming of his mentor, Mike Harris.

No one really knows what Wynne’s new mandate means — just that she won one.

At the end of the day — budget day, to be precise — Ontarians and their post-election, post-honeymoon government will be governed by a fiscally tight margin of manoeuvre.

Once the budget is passed, if not sooner, the Liberal government will have to begin negotiating in earnest with the province’s major public-sector unions.

Her budget states that there is no new money available for compensation increases, something she repeated often on the campaign trail, but it is no secret that the unions aren’t about to accept an opening offer full of zeroes. Ms. Wynne can’t trade pay increases for layoffs. It is quite difficult to see how these positions, poles apart as they are, can be resolved.

Here’s something that may help perk all those demoralized Ontario Tories about there: In a weird way, their defeat doesn’t matter. They’ll get their agenda through, anyway. In substance, if not in name.

Premier Wynne, clearly, is not one who’d prefer to lead a slash-and-burn government. It doesn’t matter. That’s what she’s going to have to do, anyway. Because while Ms. Wynne may be the premier, it’s the ratings agencies that will set the agenda. She’s just a caretaker. The number geeks own Ontario now.

H.L. Mencken, the American satirist, once said that all elections are a sort of advance auction of stolen goods.

The campaign was an exemplary display of political cynicism by Ms. Wynne and her campaign team, particularly as she will undoubtedly have to carry out a similarly austere agenda once the markets tell her in no uncertain terms that her plan to spend her way to budgetary balance has the aerodynamics of a lead zeppelin.

Ontarians, for more than a century the economic engine of Canada, are fine now being an economic brake. The decline first brought on by Dalton McGuinty is no longer a blip. It’s a trend.

Ontarians just renewed their bonds with a party that deliberately campaigned to the left of the NDP; a party that has overtly joined the cause of government workers unions, against the interests of taxpayers.

Ontario has chosen the takers against the makers. 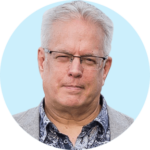